From the plastics industry, a very concrete, real-life example of how conscientiousness matters in the use of a medium-level technology and how high(er)-technology might help.

In the past I have argued that technological progress can help developing countries overcome some of their deficiencies in human and social capital, and I instanced the social-infrastructure advantage of mobile telephony over landed communications. I never really fleshed that thought out, but there’s a more colourful version of the same idea here :

I recall that when I was young, the United States had an expensive and inflexible but relatively terrific national telephone system. Before its antitrust breakup in 1984, the Bell System was a regulated monopoly that provided unstylish but high quality analog telephone service… from installation of landlines to long distance to Bell Labs…

Only a few other cultures, mostly in Northwestern Europe could rival the quality, reliability, and convenience of American telephony. Getting a phone hooked up after moving in, say, Rome or Moscow was a bureaucratic nightmare, much less in Cairo. In Mogadishu? Don’t ask.

…The introduction of cell phones over the last 30 years has been a godsend for low trust cultures. They simply don’t require the organizational coordination of the old landline technology.

Most famously, the cell phone industry flourished in Somalia even when there was no government. A typical Somali cell phone company would have 500 regular employees (salesmen, technicians, and managers) plus its own private army of 300 AK-47 wielding warriors. Now, that’s a lot of overhead, but it’s a price Somalis were willing to pay for cellphone service.

So a prediction from the past about the economic future of telephone industry in Somalia would have gone askew because it pays to develop new technological workarounds for regional deficiencies.

In this blogpost I illustrate how technology and conscientiousness might interact.

First I must briefly describe a medium-tech industry unadorned with the glamour of robotics or supersonic aviation. Most people barely give a second thought about them — plastic bottles. To be specific, bottles made of polyethylene terephthalate, or PET.

Today, around the world, plastic bottles made from this material are overwhelmingly dominant in water and carbonated soft drinks. But PET is also used to make containers for a wide variety of products, from liquid soap to pharmaceuticals to mayonnaise. You know what they are :

The hallmark of the PET material is that it allows for very strong but lightweight, soft, transparent, food-grade bottles (which can also be coloured, if necessary). A bottle of 35 grams, the weight of a pencil, is sufficient to contain 1.5L of carbonated soft drink without danger of explosion.

Before PET, glass bottles had been used for beverages, but obviously these were pretty heavy, easily broken, and very expensive to transport. And glass bottles require a very high fixed investment to manufacture, so scale was required to make production worthwhile. Other kinds of plastics (PVC, polypropylene, 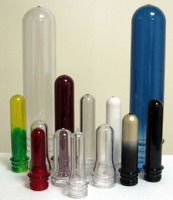 HDPE, LDPE, etc.) failed to pass muster on numerous grounds : too rigid, too brittle, not food-grade, too heavy, or opaque. Some of these, however, are still used for milk, motor oil, laundry detergents, etc.

But the PET material alone was not enough to do the trick. A new method of converting the plastic into containers was required — a two-step process called “injection stretch blow moulding”. In ISBM, the PET material is first melted and then moulded into a small, thick, rigid, intermediate proto-bottle with an already-finished neck, called a “preform”, which looks a bit like a test tube or perhaps a dildo. In the second step, these “dildoes” are then reheated, then stretched like a balloon, and only then blown into final shape with high-pressure air inside a steel or aluminium mould with the contours of the desired bottle. The result of this process was incredible strength combined with light weight.

Here is a 10-second animation visualising what the ISBM process looks like inside a bottle-making machine :

Here is also a 90-second video of an actual, live small-scale machine enacting the above process. The music is a little cheesy, but it really shows what’s happening inside the machine.

Because of all that, PET containers are ubiquitous around the world. And that’s due to the intensification of what economists call “multi-factorial productivity”. In order to deliver a single bottle to market, less material is required than ever before ; as well as less scale, less production space, less machine, less machine-time, less labour-time, less labour-attention, less energy, etc.

At first these machines required an operator with chemical engineering knowledge, because the plastic-melting and -shaping process was sensitive to ambient conditions like humidity and the parameters had to be frequently adjusted. But now PLCs can handle most of that.

The machinery industry quickly developed equipment for different levels of automation, speed, and scale. Thus a bottling factory could make 100,000 bottles per hour employing only a single operator with not much to do, running a giant automated machine like this :

But even a make-shift operation at the top of the Himalayas, using more labour, less PLC-automation, could produce a couple of hundred bottles per hour with a toy machine that could fit in a corner of your garage.

The high-end equipment are manufactured by French, Japanese, and German companies. At the lower end, there are — of course ! — hundreds of Chinese equipment manufacturers, almost all of them located in a single county of a single province, supplying bottle-making machines of various grades. Africa is full of “semi-automatic” Chinese machines.

In a way familiar to students of economic geography, the most highly developed countries tend to specialise in the manufacture of these machines, but developing countries are able to produce many of the accessories and downstream equipment in the bottling process.

There is a crucial, non-mechanical component in the bottle-making machine — the bottle mould. It’s “carved” from a block of steel or aluminium and then polished. The CNC machine which does the cutting is computerised, but bottle moulds have many different parts which must be finished separately, and there’s still a certain “artisanal” element which computers can’t yet duplicate (at least not in a commercially viable way). 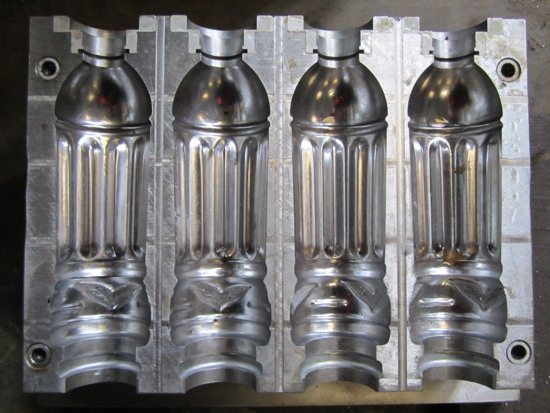 So a lot of human attention, meticulousness, and precision are required in fashioning the mould. If those qualities are absent, a small mistake in the mould can result in unuseable bottles even if the machine is operating perfectly.

Many factories in developing countries import high-speed precision equipment with many sensitive moving parts from Europe or Japan. At the same time, they often try to save money on accessories by sourcing them locally. Bottle moulds are a frequent target for economising.

Here are two photos (click to enlarge) sent to me by an acquaintance, documenting a minor disaster at a bottling factory in a middle-income country which I promised not to name. (It has heavy processing industry, but is not known for manufacturing industrial equipment.) The bottling machine is a state-of-the-art Japanese model, but the factory owner tried to save about $300,000 (out of a total $3 million investment) by buying the moulds in his home country, rather than from the Japanese manufacturer.

The photo above shows the finished neck of the bottles produced by the Japanese machine but using a local bottle mould. The defective three on top have a thin, light film of plastic material around the circumference of the rim of the neck. Because of this film, the standard caps that are normally fitted onto the bottle in the bottling line, will not fit. The defects were caused by an overflow of molten material leaking out of a 0.1 mm gap in a region of the mould shaping the neck of the bottle. Click on the photo to the right.

This was not a design mistake, but carelessness in execution. It was not one-off, because several identical components had the same error. The mould-maker was perhaps a little busy pleasuring himself at the moment when the neck finish of the mould was being cut and shaped. You really have to look at the photos to know what I’m talking about. Now, I am not suggesting that this particular blunder by this particular supplier was necessarily due to some deep cultural or personality issue, although it might have been.

The minor disaster with the bottle mould is an example of how a little thing can make the whole or at least a big part of the whole useless. This idea was 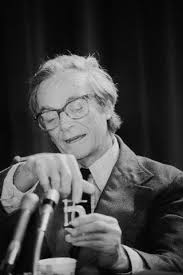 vividly and brilliantly illustrated with ice water and a $1 vise by the physicist Richard Feynmann. As part of the commission to investigate the explosion of the Space Shuttle Challenger, Feymann — at a news conference no less — argued cold made the rubber of a crucial O-ring used in the space shuttle inelastic, and this unleashed a chain of events which ultimately led to the disaster.

The “O-ring ring theory of economic development“, named after Feymann’s demonstration, posits that modern production requires interdependence and cooperation amongst workers performing tasks at different stages of production. The value created in such a process could be ruined in one stroke by just one non-performing link in the chain. The theory is usually expressed in terms of skill or collaboration, but it might as well also be in terms of conscientiousness, one of the “Big Five” personality traits in psychology.

But there may be a solution in case attention to minutiae might be lacking, and I mean something other than importing Swiss or Japanese artisans. Here is a video of a futuristic, totally automated Japanese CNC machine carving a motorcycle helmet out of a block of pure aluminium, with no human intervention other than by the programmer who coded the software :

[ the obligatory Fez doffing for the video pointer ]